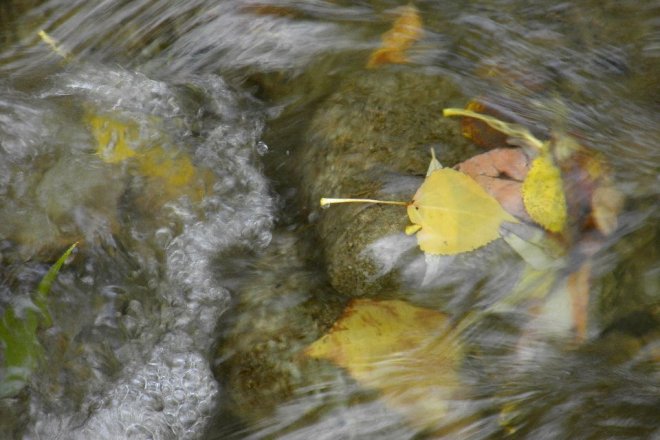 It was a gorgeous fall afternoon. Jeremy and I were on our favourite hiking trail, standing on a wooden bridge overlooking golden aspens and russet maples. It was beautiful. I wasn’t happy.

I held my cellphone against my ear and listened while Jeremy fidgeted impatiently beside me. Emma chattered away about her amazingly wonderful boyfriend Brent and I bit my tongue. Hard. He was the only person she ever talked about; those days he seemed to be her whole life. They’d met on TeenSpot, a site Emma had begged to join a few years earlier. She was old enough… she’d be careful. I reluctantly agreed.

TeenSpot was a disappointment for Emma. She’d hoped to find friends but all the girls who messaged her were looking for a lot more than friendship and considered Emma’s polite refusals to be a challenge. Instead she made friends with two teenage boys, Aric and Brent, then eventually dated both of them.

At first, I’d been more concerned about Aric. According to his profile he lived maybe an hour away and the kid had enough drama in his life to fuel a dozen soap operas. Emma wasn’t ready to hear that any of it was fiction. Our relationship was more fragile than bone china and just as thin. Emma was bouncing between her grandparents’ house and group homes while dealing with the aftermath of parental alienation syndrome. She wasn’t sure who she could trust… she wasn’t sure if she could trust.

Eventually Aric faded away and she started talking more to Brent. At first this was a relief. Brent was two years older and lived in Ohio, which meant he wasn’t able to give a friend $40 in gas money and stop by for a visit. The stories were more normal too. He lived with his parents and a younger sibling. His bedroom was in the basement so he could have some privacy. He went to high school and worked part time. But then he started talking about coming to Canada for college. My parents laughed it off, claiming they were just being silly and had no idea how much it would cost for him to attend college here or the logistics of even applying. I didn’t like that he was talking about moving to be closer to Emma. I also didn’t like that his last name was the same as ours. It’s not an uncommon last name, it could have just been a coincidence, but it also crossed my mind that he’d gone with our name simply so he could remember which identity he’d created for her. There was no way I could tell that to Emma.

On that particular fall day Emma was talking about her birthday, almost a full year away. Brent was planning on attending and Emma was ecstatic. He was her rock… the person who meant the most to her… the person who kept her alive. He was one of the few people the group home would let her talk to in a crisis. I wasn’t. She reacted badly to me when she was upset but Brent could calm her down. All this becomes more ironic when you read Emma’s blog post.

I called my parents when I got home and was once again assured it was nothing. He needed a passport, a reliable vehicle, and gas money plus we had months ahead of us.

Those months faded away and Emma still talked to and about Brent almost continuously. My parents told her that he could sleep in their tent trailer while he was down. He laughed and told Emma that must mean they trusted him. She disagreed. The trailer was right under my parents’ bedroom window and they were light sleepers. Then I told her that my rule for them being allowed to meet was that I had to be there. Not right there but myself and my friend P would be seated in the restaurant within view. We wouldn’t be able to hear them, so she didn’t have to worry about us eavesdropping, but we would be able to see them. Emma saw no problem with this. Brent disappeared.

He didn’t surface for several weeks, not until Emma updated her Facebook page to say she was single. He hadn’t responded to a single phone call, Facebook message, email, or text but that one profile change had him contact her immediately. He regaled her with a tale of a horrific car accident that left him with two broken legs, a concussion, second and third degree burns, and a bunch of other injuries. A very convenient accident and an even more convenient reappearance. And, just like Aric and his wildly unbelievable tales, I couldn’t find a single mention of this horrific accident online in his local paper.

Emma called me a short while later, her voice a mixture of anger, fear, and uncertainty. He’d told her he was working stocking shelves at a local grocery store, a perfectly normal job for a 19 year old student but then one day he started talking about his job working at a plastic factory, as if he’d been there for ages. Then she noticed his Yahoo ID had a totally different last name.

A friend of mine had bragged earlier that he loved to snoop online and could find anything. I asked Emma for everything she had on Brent and sent it to him. Then I sat at my computer with Emma on one Facebook chat and my friend on another. She’d just messaged me to see if we’d found anything when my friend’s messages started popped up. Thirty-six years old… 275lbs… married father… new baby. I was relaying messages to Emma and consoling her at the same time. I knew it was hard on her at the time but it wasn’t until I read her latest blog post that I realized how hard.

A short while later we were at the police station, Emma’s laptop in hand. She was terrified to let it go, it was personal and private. The police officer scrolled through Emma’s saved messages and sighed. The man was definitely manipulating her, it was obvious with just the few messages he’d read. But he was a sneaky asshole and had managed to stay on *this* side of the law. They had nothing to charge him with. Emma was sixteen years old and they hadn’t done anything. She’d refused to send pictures so they couldn’t charge him with pornography even though he’d asked her while she was underage. But they’d see what they could do.

As for the rest of what happened, I’ll leave that to Emma to explain because she can explain it a lot better than me: I never thought it’d happen to me.

I fucking hate how predators go after the weakest kids… the ones who are the most vulnerable and easiest to scar.

My friend Thanksgiving, we each were taking pictures of our own dinners.
I went on a brand new trail today, literally brand new, it didn't open until the end of summer. The trail is lovely and it connects with a trail that my Mom and I both like.
Lazy Sunday morning. Smudge had been lying down until I opened the camera and she saw the light reflected on the wall.
Tonight's dinner!
And autumn has arrived with chill winds and rain
This face just voted!