I’ve always told my children that we’re lucky to live in Canada, with our Charter of Rights and our focus on prevention of hate crimes instead of freedom of speech. I was even happier and more proud the spring Jeremy turned seven as our province became the first in Canada to legalize equal marriage. I looked at Jeremy and was glad that zie’d be able to marry whomever zie fell in love with. This was important as Jeremy had crushes on two boys and a girl that year and had told me mere weeks earlier that zie was going to marry zir male classmate when they grew up.

My kids were safe and protected.

A couple of days ago I discovered that there are only two doctors in all of Ontario that are able to approve sex reassignment surgery. Granted, this doesn’t affect Jeremy as zie seems fairly happy with zir body but it was still a surprise. Ontario’s a huge province, just over a million square kilometers, and has a population of 13.6 million people. It would take close to 30 hours to drive from one side of the province to the other. Then came the bombshell. The two doctors, Kenneth Zucker and Susan Bradley, both favour reparative therapy for trans kids. Zucker asks “parents to take away their child’s “feminine” toys and instruct the child not to play with or draw pictures of girls” (obviously focusing on MtF children *cough* homophobia *cough*) and goes on to claim that parents who fail to force their child into gender norms are offering “some type of emotional neglect.” 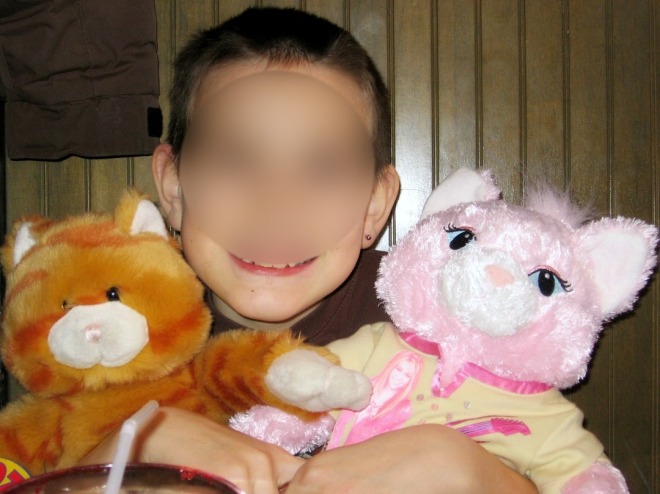 Suddenly I was looking at Jeremy and feeling like zie wasn’t quite so safe.

Immediately after reading this, I discovered that only four provinces in Canada have gender identity down as a reason for protection against hate crimes (Ontario, Nova Scotia, Manitoba and the Northwest Territories) and only Ontario and Nova Scotia include gender expression. And then came the real shocker… House Speaker dismisses bid to vote again on transgender protections.

From what I understand by reading this article, NDP MP Randall Garrison created a bill called C-279. This bill requested protection, based on gender identity, to the Criminal Code and the Canadian Human Rights Act. Now here’s the kicker. Bill C-279 PASSED by twelve votes! Three months ago the Conservative government decided to re-vote on this issue but by committee instead. The committee held only nine members, five of which were conservative. At the time, one of the committee members was David Wilks, one of a mere handful of Conservatives who voted yes for protection. He got swapped out of the committee. It doesn’t say who voted for which side but with five Conservatives and five no votes, it doesn’t take a rocket scientist to guess. Conservative Senator Don Plett is the one who moved to have the bill sent to committee, saying that he was concerned that the bill would allow abuse of laws and let “pedophiles take advantage of legislation that we have in place”. He went on to claim he was trying to protect “the rights of five- and six-year-old children”. How the fuck is saying that someone can’t beat the shit out of a person because they look male but are wearing a skirt going to protect a five year old child?

I was reading a post on the blog Raising my Rainbow last fall. The post talked about how Lori’s six year old son, CJ, was scared to use the bathroom because the other boys kept trying to check his genitals to make sure he was a boy and not a girl. He was so scared, he ended up wetting his pants while waiting for the dismissal bell. He hadn’t used the toilet in over six hours. I read this post to Jeremy and was surprised by zir answer.

“Mom, you have to write to her. How old is CJ again?” I said six and Jeremy thought a bit more. “Okay, tell her he’s probably still young enough to use the kindergarten washroom. That might be an option. But if it’s not, tell her he shouldn’t use the stall. It’s not safe. What he needs to do is get right close to the urinal so the little walls on each side will offer some protection. Maybe his Dad could show him how, if he’s got a Dad.”

Zie watched as I dutifully typed the information down. Meanwhile I tried to hide my surprise. Jeremy hadn’t given that information as someone trying to think of something that might help. Zie’d given that information as someone who’d been through the exact same situation and had come up with something that helped zir. And I’d never known. Apparently Jeremy found it so commonplace to have fellow classmates checking to see if zie had a penis that zie didn’t even mention it to me; at least not until Jeremy had discovered someone zie might be able to help.

The sad thing is these aren’t isolated incidents. But apparently the Conservatives are only interested in protecting the rights of most five or six year olds. And that makes me furious. Both my kids deserve to be protected.

17 thoughts on “Protecting our children…”

Dinner tonight! I went to Blue Sky Chinese Supermarket with a friend of mine this morning and got a bunch of veggies and tofu. So it's stir fry tonight (and spring rolls just outside the picture). The plate is brand new from Dollarama.
My newest Dollarama decor. The tray came with metal pots that I'm going to give to a friend and the bigger plant is brand new, they'd just got them in.
"Wait? You mean you want *this* fridge???"
My new hot chocolate mug from Dollarama ☕
Just another wild Wednesday night with Smudge and I. Forehead kisses and chin scratches galore!
Lara has the most amazing green eyes! This is the face I woke up with ❤