My alarm went off at 5:45am this morning and Jeremy bounced out of zir bed a few seconds later. Zie was awake all night again and had been watching videos on zir smart phone. I turned off my alarm then synched my Fitbit with my phone. Jeremy surprised me by making my breakfast. Hot chocolate (made with cocoa beans farmed halfway across the world) and an english muffin topped with peanut butter… all previously delivered to our 24 hour supermarket by train, plane, and truck.

I had a quick shower, using our wonderful indoor plumbing, then pulled on my work uniform before running out the door to catch the first of my two buses. The sun was just peeking over the nearby mall, bathing the field beside me with light, causing the dew to glisten. My bus hadn’t arrived so I set my phone’s camera onto macro, turned on the flash, and snapped a couple of shots… sending the best one to Instagram before messaging my best friend L and Jeremy. I also chucked it onto Facebook for my friends to see. Karen and my Mom have already liked it. 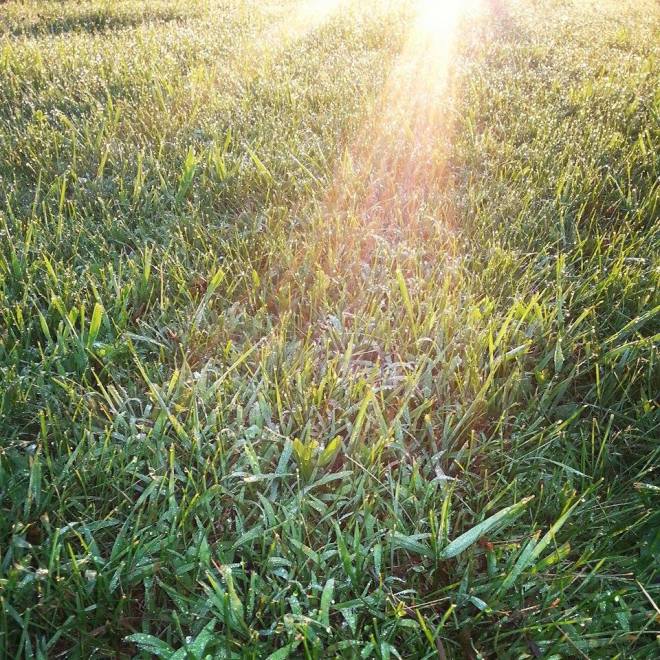 I chatted with L while I was on the bus. Zie lives halfway across the world but, thanks to Facebook Messenger and our smart phones, we can chat instantaneously. Then, when I got to work, I reversed the camera on my phone and took a photo of my coworkers and I waving good morning to Jeremy, who was in another city entirely. Zie saw it a few seconds later.

Okay, my life’s boring. It’s also not natural. I live in a freaking high rise, looking off my balcony to see the tops of the nearby trees, our local mall, and a collection of big box stores. Oh and a lot of little airplanes. I’m typing this on a netbook which I can unplug and carry just about anywhere. We have hot and cold running water in the kitchen and the bathroom, even though we live nowhere near the ground, and I currently have vegan “meat” in my freezer (so yummy and so not natural).

You know what’s natural? Love. Love is natural. Look at animals collecting in groups all over the world to cuddle and groom each other. Look at them separating into pairs… some of them with the same sex. I’m reasonably sure they didn’t pick the idea up from liberal sex education programs.

Gender roles aren’t natural. Some animals have sex specific instincts for mating rituals and child rearing but they vary from species to species. Blackie doesn’t worry about her tummy fat. Angel doesn’t worry that she spreads her legs too wide while grooming. Oreo doesn’t worry that his voice is a bit high pitched. And I have yet to see any of them express concern about Jeremy in a dress. They really don’t care as long as zie feeds them (and scratches their neck in that spot just below the ear).

But seriously, if someone wants to complain about love and gender being unnatural, I don’t think they should be using anything unnatural to share that information. They need to go somewhere completely natural and scratch their message out in dirt with a stick. That will get their point across nicely.

Just me playing with filters #filters #selfie
Oreo looking dapper with his front paws crossed. #catsofinstagram #seniorcat #rescuecat #adoptdontshop
I'm so glad I got these lights. When I'm anxious and can't sleep they are very soothing. #insomnia #anxiety #colourchanginglights
Dinner poll! I had homemade pizza tonight, what did you have? #pizza #homemade #yummy #vegan
I was playing with filters and love how Angel turned out. #catsofinstagram #seniorcat #rescuecat #adoptdontshop #filters
My happy place. A mug of hot chocolate, a purring cat, and this view. Wonderful!