She bent down… just like this. It was obvious she was doing it for me. Then she said “I’m not that kind of girl”.

I’d dressed up a bit for this event. Put on make up, wore a sparkly shirt, I even added a rainbow bead necklace a friend just gave me. Listening to the two men talking nearby made me wish I could scrub off my face and put on something a little more ugly… a lot more invisible.

When she breaks up with her boyfriend, I’m totally going for her.

There was no indication that he saw her as a person in her own right. She moved solely for him and, when her boyfriend was done it was going to be his turn to have her.

But let me ask u this then let’s say I ask u to a dance and it’s a dream I really wanted and u tell me no and I go on a killing spree what would you say was the trigger point to my anger.

~ actual question asked to a friend ~

The Take Back the Night event started in an auditorium full of people… young and old… male and female. There were booths around the room where I got candy, a pen, and an apple. A Metis drumming group played at the front. I admired one lady’s sequined hat and then it was time to sit. 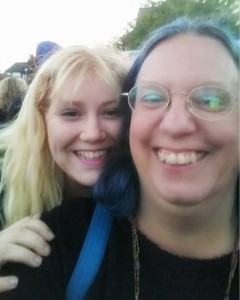 My ex had a favourite position, one which made it so I couldn’t speak and couldn’t push him away. I couldn’t change my mind midway because “no” wasn’t an option. I told him this in tears and suggested a hand touch which would mean “no”. He ignored it… twice. That was when I realized the ignoring was deliberate, he liked that I was struggling… that I couldn’t stop him. I refused to get into that position after that and he sulked like a small child being told “no” to seconds of dessert. I’m a person, not a serving of cake.

Whatever we wear
Where ever we go
Yes means yes
And no means no!

We spilled out of the auditorium, a large jubilant, defiant crowd… hemmed in by a strip of yellow caution tape and guarded by police. Pouring onto the road, chanting almost incomprehensible words. Did we want safety or ice cream? The echoes sounded like both.

I walked home after the event with a neighbour. Cheers and laughter erupted ahead of us, followed by a faint “no-oo”. My heart felt like it was slamming against my ribs and I rocked as I walked. What could we do against a crowd? Both our phones were dead and he’s shorter and more slight than me. The soccer field ahead was lit; it soon became apparent a goal had been scored. My relief was instantaneous.

There were children scattered through the walk, blowing whistles and waving hand made signs. For now it’s just fun. How long will it take for the message to sink in? Will they be the change for the future? Are there enough of them?

Michelle? You go out for walks on your own? Do you really think it’s safe?

I used to. Maybe someday I will again.

2 thoughts on “Take Back The Night!”