Eighteen years ago I sat on my couch and cried inconsolably, newspaper on my lap, while Colin and their sister played. A young college student, Matthew Shepard, had just been brutally murdered by his peers, solely for being gay. They considered him a threat over who he loved.

I looked at my sweet toddler and wondered about their future. They were so loving, affectionate, and feminine and I worried for them. Were they going to end up gay? What would their future be like? 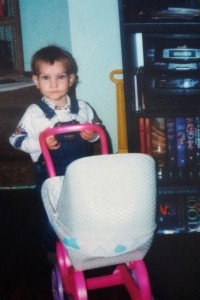 Colin cynically commented that they were surprised his murderers got charged way back then and I assured them that of course they did. They were charged and convicted. But I had to admit that their cynicism wasn’t out of place. I poured through the papers over those next few months, reading all the articles and hoping for charges… hoping the plea of “gay panic” wouldn’t be accepted. That love wouldn’t be used as an excuse to kill. And it wasn’t… but only barely.

Today my news feed seems to alternate between pictures of Matthew and a story by a young man who survived conversion therapy, despite several suicide attempts. He’d been told 50% of his class would kill themselves and admits that number ended up being correct. The youngest was 13 years old. Those children were placed in that camp by parents who couldn’t accept their children for who they are and were willing to accept a 50% survival rate as long as their child came home straight. They seem to feel it’s better to bury a dead queer than love a live one.

A young trans friend of mine attempted suicide a couple of days ago. Another is contemplating it over top surgery. There were the Orlando shootings in June and, in Canada, the young artist Sophie Labelle gets death threats daily for daring to draw queer issues (mostly regarding the T in LGBTQIA). And if I hadn’t been a bit on the delusional side on how high you can jump and live, I wouldn’t be here either. I didn’t want to risk living through a seven storey drop (eight considering we live over the basement drop off) so, ironically, I’m still here too.

Eighteen years ago I’d hoped that our society would have changed dramatically for the better. It’s changed but not enough, not nearly enough. Today is beautiful, warm, and sunny but in my heart it’s raining. I am so tired of the deaths. Please help make it stop.

One thought on “It’s been eighteen years…”