I handed them in today… gave my apartment keys to Colin to pass along to the superintendent when he vacates the apartment next week. Sometime next week. This has been, hands down, the worst move ever. Not only does Colin not know when he’s moving, he doesn’t even know where he’s moving, whether he’ll be moving into a temporary unit or his own apartment. I’ve got my fingers and toes crossed that it’ll be his own unit. 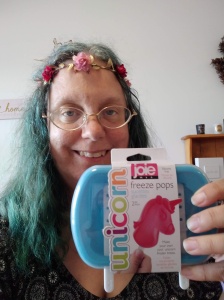 We walked over to the nearby strip plaza and got lots of time to chat between the lines outside and walking down aisles. JYSK (Danish household store) was finally opened. Colin looked at computer desks and I found a unicorn popsicle mould. It only makes two popsicles but there’s only one of me so that’s fine.

Then we went to Dollarama and the biggest miracle of all happened. I didn’t buy a single thing. Not one single item. It’s one of those things that just doesn’t happen. I feel quite good about it to be honest.

I dreamed of moving to that apartment, it was my dream home, my apartment with two balconies and a pantry and my building with an indoor pool and gym. We lived there for eight years. And I stood there in the living room and felt nothing. It was a stranger’s place. This is home, my tiny apartment.

I’ll never be in the north Oshawa apartment again. Chances are I’ll never be in that building. But I’m okay with that. It ceased to become home a long time ago. And now it’s Colin’s turn. I hope his space turns into his home as much as my space has turned into mine!

One thought on “Saying goodbye to what was…”