I recently wrote a blog post about trolls and their poor reading comprehension skills but, honestly, they’re not worth the time. My life and my time deserves better people involved in it. 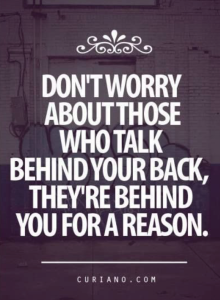 For my real readers. I’ve been struggling a lot these past two months while my medication is slowly being adjusted. I’m sure it will get better eventually, I just have to get there. And having everything buried in boxes doesn’t help me either. But the day will come when they get moved and I’ll finally be in my new place. I just have to be patient (easier said than done).

Oh and Blackie’s grant has been approved. She’s got her blood work done, then antibiotics on the 10th and soon we’ll be on to her extractions on the 14th! I can’t wait until she’s happy and comfortable again.

It’s a gorgeous day out there, albeit cold. Go out there if you can and enjoy the sunshine. I’ll be out there as soon as I get the dye rinsed out of my hair.

My new building. I’m assuming they’re working on an underground lot. I can’t wait until I move!

It was late winter of 2012 and I was looking for an apartment for Colin and I. I had my eye on one the next town over. It had an indoor pool, which made me fall in love with it, and it was close to everything. They had two units available, one on the 11th floor and one on the 7th. The 11th floor was meh. The previous tenants had done a midnight move and left a lot of stuff behind. My Dad and I entertained ourselves by finding what they’d forgot, from the clock on the wall to the Christmas tree in the closet. Then we saw the 7th floor apartment and it. was. perfect! Two balconies, tonnes of storage, and there even was a pantry/storage area big enough for its own light.

The downside was we were at the end of the month and the office needed to decide who to choose. I told her I had to give my 60 days notice on the first. She told me there was nothing she could do. So I walked to the office of my then current building and told the woman my concerns. She looked at me from across the desk and said, “Kathleen, you’ve been a good client here for years. As far as I’m concerned, you’ve given me your notice. Your word is good enough for me.

And that was that… at least for five months. That was when my parents got a letter for me from CapReit stating I owed them $465 in arrears for not giving notice until the 8th of March. So much for my word being good enough.

And here we are again. I’ve got an apartment I’ve been waiting (and waiting) to move into. Now I’ve been told twice that the apartment will be ready for January 1st. But the official website still reads December 1st. Everyone says “don’t worry” but not everyone has needed to pay almost $500 due to a conflict with their moving schedule.

I’m counting down to January now and am resigned to the fact that Christmas is going to be full of boxes and not decorations. And all I can do is hope they’re right and I’m not walking into a big financial mess.

Dinner tonight! I went to Blue Sky Chinese Supermarket with a friend of mine this morning and got a bunch of veggies and tofu. So it's stir fry tonight (and spring rolls just outside the picture). The plate is brand new from Dollarama.
My newest Dollarama decor. The tray came with metal pots that I'm going to give to a friend and the bigger plant is brand new, they'd just got them in.
"Wait? You mean you want *this* fridge???"
My new hot chocolate mug from Dollarama ☕
Just another wild Wednesday night with Smudge and I. Forehead kisses and chin scratches galore!
Lara has the most amazing green eyes! This is the face I woke up with ❤