Colin was only six when he started in a special education class and it was a bad fit for him. Despite him not knowing his alphabet yet, his teacher decided to start in on spelling tests, telling me it would keep him with his peers and he’d pick up the alphabet on his own. Soon she was finding him inattentive and difficult, something that came as a complete surprise to me as his kindergarten teachers loved him. Although in hind sight, considering she wasn’t helping him catch up with his peers, I can understand. He must have been so bored and frustrated.

He moved from that class into a multiple exceptionality class in grade two and his teacher adored him. He worked hard and had all sorts of innovative ideas. He genuinely loved school and looked forward to attending.

And then came high school and that was an unmitigated disaster. His “innovative ideas” were seen as an attempt to control the class. In fact anything he did seemed to fall under that category. He couldn’t have a stress ball on his desk or a fidget toy because he was trying to control the class by distracting them. Note, he was squeezing them, not flinging them at classmates.

The teachers responded in bizarre ways. Colin loves math, always has, and asked for math class regularly. His grade school teacher loved his enthusiasm and rewarded it. His high school teachers went out of their way to avoid having math class when he was there. If Colin was sick or suspended they would have math class, something the other students would promptly inform him when he returned. One day Colin had felt sick but recovered then walked to school. The teacher watched him enter the class the immediately erased “math” off the day’s schedule.

When Colin came out as trans, he came out as non-binary first. He wasn’t sure what pronouns to use so I googled pronouns and came up with a chart. We sounded out each one then he decided to use the same pronouns as my then friend Lenny; zie and zir. I looked up the district’s policy on trans students and their pronouns and found this quote (bolding is mine):

“Suggestions to enhance the school learning environment for trans youth follow. This list is illustrative and not exhaustive. We encourage you to develop and share with your staff and the Durham District School Board other gender inclusive ideas and protocols you may develop.

I had to go over their heads and, thanks to PFLAG, found someone on the school board to explain the guidelines. Which worked well in paper but not so much in real life. In real life they continued to use he and him. In meetings they’d, oops forget, 9 times out of 10. You don’t forget pronouns that much unless you never use them in the first place. And, to make matters worse, the teachers were actively teasing Colin over his pronouns. Separating the class into boys and girls then telling Colin he’d never get to be first in line for a treat because he’d “chosen” not to be male or female (among other instances).

At the end of grade 12 both Colin and I were so done with his school. He could have continued in a “bridge to work” programme but we figured it would be more of the same. More of them refusing to allow him into mainstream classes, more refusals to have harder work, especially in math, and more antagonising behaviour.

Colin has loved computers and electronics as soon as he was aware of them and has wanted to work with them for as long as I can remember. It was in high school that his dream job focused on robotics. Now that he was out of high school, he set out to realize his dreams.

He couldn’t start at college, even with support, as he didn’t have nearly enough education. So he called continuing education, who also told him he didn’t have enough education. He only had one high school credit and needed more. Then he tried Durham Alternative Secondary Education and was told the same thing. Same with the Catholic School Board. Finally, in desperation, I suggested the John Howard Society and, bingo, we had a winner.

Soon Colin was in school from Monday to Thursday and loving it. He attended right though summer and only missed days for doctor’s appointments. Then one day recently, he came home and told me he was only going to school on Friday now and was going to be taking school at Durham College. Soon I found him working on a computer he set up on our kitchen table (so not the place I’d have chosen) with two monitors and a calculator so he could finish his work and get it emailed in. 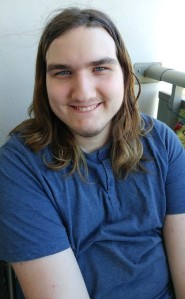 And then came last Wednesday when Colin proudly informed me he’s now going to College Prep classes. He’s attending school from Monday through Thursday again but this time with an eye towards him entering college as a student, albeit one with special needs. Finally his chance of going to school for robotics is in sight.

Colin has always been a smart kid, he’s struggled due to learning disabilities and autism, but he’s smart. I am so glad to see that educators are finally seeing this and are giving him a chance not just to survive but thrive.

“Hello? Mrs Green? This is [vice principal]. Jeremy’s on his way home from school now. He was arguing with the teacher over lessons. He wanted to copy files from the school computer to his little zip drive instead.”

I glanced over at the clock. Jeremy had left barely an hour earlier, cheerful and eager. Which was a welcome change although apparently short lived. This was on Friday the 19th and only three more days were left until the end of school. Speaking of which…

“I should let you know, Jeremy has an appointment on Monday so zie won’t be at school that day plus zie has counselling on Tuesday. Zie’ll be back on Wednesday though.”

I waited for the obligatory giggle and “oops, I meant zie” which has followed ever since I had a school administrator come in to discuss the board’s transgender policy last September. It didn’t come. I guess the principal figured she doesn’t need to bother anymore now that zie was almost done school. As if correctly gendering someone only matters when board policy forces it (and when another adult can hear).

“If he wants to come in for an hour on Wednesday to copy his files he can. Over lunchtime.”

Heaven forbid my child inconvenience them by trying to attend zir entire last day of school with the rest of zir classmates.

Then I called Jeremy and listened incredulously. I try my hardest to support zir teachers and strongly feel spelling is important. On the other hand, they know how much Jeremy dislikes the subject. Zie’d missed almost a week of school due to anxiety, which they knew because I called zir in sick with anxiety and panic attacks every day. Plus they only have spelling tests on Fridays so there wasn’t going to be another spelling test ever for zir. So what did the teacher choose to do first that day? Sit Jeremy down with a list of words to memorize. Something that gives zir anxiety on the best of days. Jeremy asked why zie needed to study for a test zie’d never take and was immediately told to go home.

Jeremy flipped through mood swings all Tuesday to the point where I wondered if it was possible for zir to have PMS. Zie’d be laughing one minute then start yelling at me, only to burst into tears two minutes later. Then zie’d be laughing again. And zie waffled about school, deciding zie would go only to change zir mind a short while later. It wasn’t until I was crawling into bed that zie made zir final decision.

“I’m not going to school tomorrow,” zie announced in a voice thick with tears. “M already has my number so if he wants to call me he can. Except he doesn’t even know his own number…”

Jeremy’s best friend P moved last year and hasn’t contacted zir once since then. Jeremy can’t call him because his number changed with the move. M is the only local friend zie has currently and they have no contact outside school. Meanwhile zie’d already downloaded zir files from the school’s cloud, all that was left there was a plastic storage container. I can live without that.

“Okay,” I said reassuringly. “I’ll call the school and bus company on my way to work.”

Which I did, making the bus dispatcher laugh when I announced it was my last time calling in. I simply left a message in the school’s voice mail. And now zie’s done, leaving me feeling unsettled… unfinished.

Jeremy was so eager to start school… so eager to learn. And zie still is. Zie loves math, loves learning about electronics and computers. Zie’s fascinated with politics and current events. I spent Jeremy’s entire time at high school arguing for zir to take electronics, computers, politics, auto mechanics, a work-ed program to do with electronics or computers. I got shot down every single time. I fought for zir to have testing for learning disabilities and got told “next year” every single year. I asked repeatedly for zir to have a school laptop due to language difficulties and fine motor skill issues and got turned down. The only success I managed was getting them to use the right pronouns and that only happened on paper or when they were prompted. Zir entire high school career was remarkably similar to banging my head against a wall, except it was less fun. And now it’s over. Kind of.

Jeremy cried two nights ago that zie was an adult and had no education.

“No education yet,” I pointed out. “That doesn’t mean no education ever. You’re just starting.”

The principal didn’t ask about zir appointment on Monday. She was just glad zie wasn’t going to be at school. If she’d asked, she’d have found out zie’s getting psychometric testing. And once zir anxiety’s a bit more under control, zir real education will begin.